Neuron are delighted to announce its involvement in a ground breaking project to enable air taxi flights in the South West of England, UK. A consortium led by Atkins, a member of the SNC-Lavalin Group, and involving Vertical Aerospace and the West of England Combined Authority has secured an industrial research grant by the UK Government to look at the feasibility of an air taxi service in the South West Region before conducting a demonstration in a live environment. 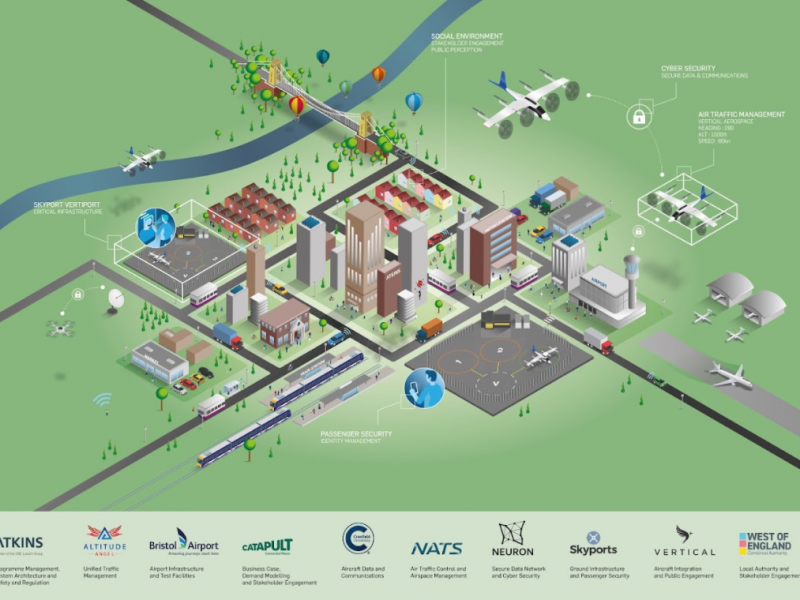 The project being led by Atkins is expected to take 18 months, and will comprise an assessment of the demand for air taxi services in the South West; development of use cases for the technology; and an evaluation of the integration and impact on the wider transportation network, including the region’s airports, as well as the benefits to cities and residents. It will establish viable markets and business cases for these services and seek to understand public perceptions and attitudes towards eVTOL (electric vertical take-off and landing) aircraft. These activities aim to culminate in a series of full-system demonstrations in live airspace across the region.

James Richmond, Advanced Air Mobility Lead at Atkins, said: “As we look to the future of travel, it’s now more important than ever that we begin exploring more sustainable methods of transport within our increasingly populated cities. Bringing together the experience and expertise from across the consortium, we’re excited to begin developing a fully integrated system concept, using the latest digital innovations. This is an important and tangible step towards making Advanced Air Mobility a reality, and by demonstrating that we can provide a case for air taxis, we could begin trialling these services as early as 2023.”

Vic Terry, Head of Digital Systems at Vertical Aerospace, said: “At Vertical, our ultimate aim is to make air travel green and accessible to everyone. This is a great opportunity to bring the consortiums’ products and services together, showcasing that air taxis are not reserved for science fiction but achievable to benefit both our cities and economy in the UK and around the world.” 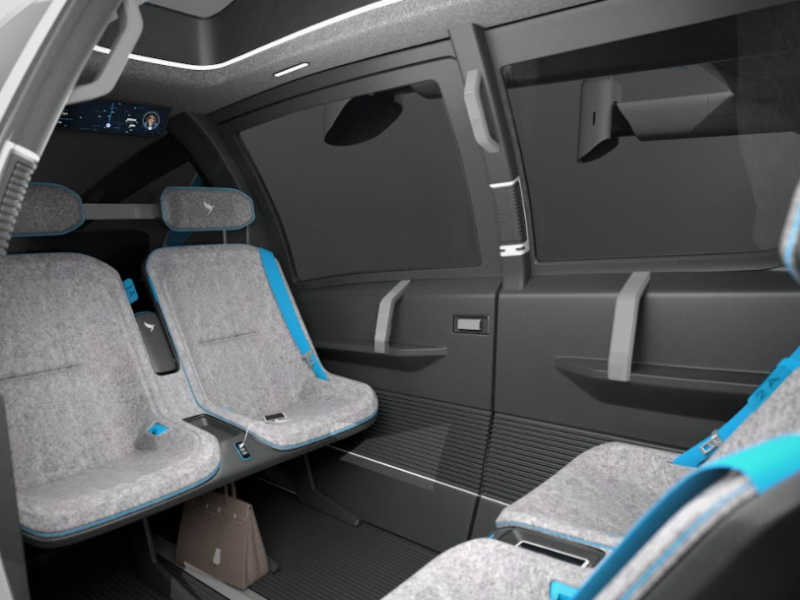 Other consortium members include Altitude Angel and NATS, who will be investigating advanced traffic management solutions and the integration of conventional air traffic control. Cranfield University will lead on the communication systems required to enable flight, particularly within an urban environment. London-based IT company Neuron will focus on interconnectivity of surveillance data to enable safe and efficient passenger movement. One of the British Government’s innovation agencies, Connected Places Catapult, will lead the research into public perception of air taxis, the ways this method of travel would be used, and the expected demand on AAM as a service. The West of England Combined Authority (WECA), offers the backing of a regional authority and will help ensure plans align with the Joint Local Transport Plan, and foster cross-sector collaboration between the project and the likes of the Future Transport Zone and 5G developments.

Tim Bowles, West of England Mayor, said: “I want to bring the jobs of the future to the West of England and get our region moving. This air taxi trial brings both those ambitions together and is a significant step in cementing the UK and the West of England as leaders in air taxis. Doing things differently is in our region’s DNA and I’m proud we are once again leading the way on yet another exciting new technology, building on our region’s global reputation as a worldwide aerospace hub and supporting our low carbon objectives for the region.”

In addition to the grant partners, international gateway Bristol Airport will be acting as the principal support airport. Subsequent input will be provided by other airports in the region to ensure the concept’s transferability across different infrastructure.

Simon Earles, Sustainability & Corporate Affairs Director, Bristol Airport, said: “We have set the airport an ambitious target to be carbon net zero by 2050. Innovative new approaches to travel, like the air taxi service, are critical to making this a reality and also support the wider decarbonisation agenda in the South West, and we are proud to act as a test bed for this exciting project.”

While the feasibility studies and subsequent trials will be based in the South West, the project will also consider scalability and application in other cities.

James Dunthorne, Neuron Innovation’s CTO, said: “One of the biggest problems that UAM faces in terms of adoption is around integrating unmanned aircraft with manned. Within this project, Neuron will be able to demonstrate how we can remove these regulatory barriers using its novel sense and avoid solution. We are all really excited to see our technology being adopted, and to help the UK lead once again in pioneering change within the aviation sector”